What is digital Forensic??

What Is Digital Forensics?

Digital forensics is the field of determining who was responsible for a digital intrusion or other computer crime. It uses a wide range of techniques to gain attribution to the perpetrator.
It relies upon the fundamental concept that whenever a digital intrusion or crime is committed, the perpetrator inadvertently leaves a bit of themselves behind for the investigator to find. These "bits" could be entries in log files, changes to the registry, hacking software, malware, remnants of deleted files, etc. All of these can provide clues and evidence to determine their identity and lead to the capture and arrest of the hacker.
As a hacker, the more you know and understand about digital forensics, the better you can evade the standard forensic techniques and even implement anti-forensic measures to throw off the investigator.

Just like in hacking, there are a number of software tools for doing digital forensics. For the hacker, becoming familiar with these tools and how they work is crucial to evading them. Most digital forensic investigators rely upon three major commercial digital forensic suites.

These three suites are comprised of multiple tools and reporting features and can be fairly expensive. While these suites are widely used by law enforcement, they use the same or similar techniques as the free open-source suites without the fancy interfaces.

By using the open source and free suites, we can come to understand how such tools as EnCase work without the expense. EnCase is the most widely used tool by law enforcement, but not necessarily the most effective and sophisticated. These tools are designed for user-friendliness, efficiency, certification, good training, and reporting.

There are a number of the free, open-source forensic suites, including the following three. 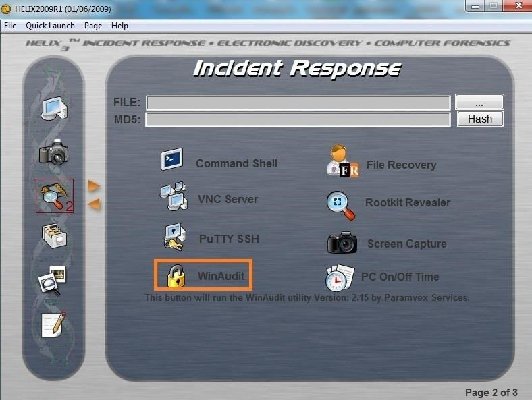 We will look at each of these suites to better understand what digital forensic investigators can see and find about an intrusion and the perpetrator.


Some of the better tools in BackTrack include the following, among many others.
What Can Digital Forensics Do?

Digital forensics can do many things, all of which the aspiring hacker should be aware of. Below is a list of just some of the things.
What Is Anti-Forensics?

Anti-forensics are techniques that can be used to obfuscate information and evade the tools and techniques of the forensic investigator. Some of these techniques include the following.
@Devil_Hacker
Top
Post Reply
1 post • Page 1 of 1